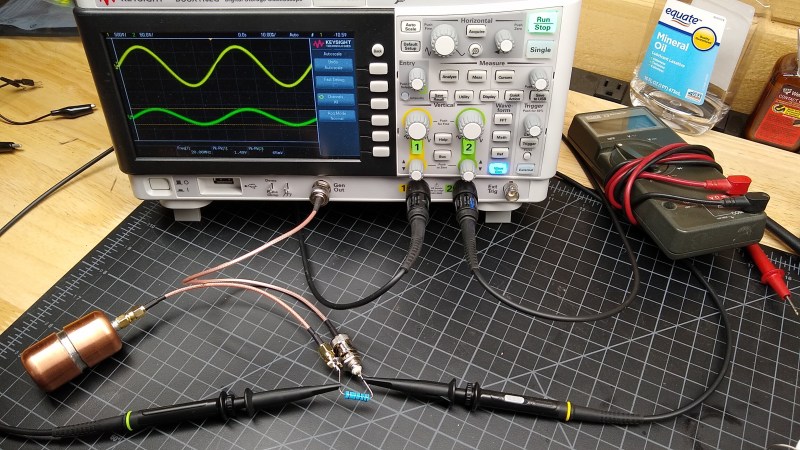 This is an exciting day for me – we can finally build an amateur radio! Building equipment is the great attraction of amateur radio as a hobby for me. Sure, it’s cool to buy a radio, even a cheap one, and hit a repeater that you find out of reach. Or, on the other end of the money spectrum, it has to be pretty cool to use a Yaesu or Kenwood RF rig with a linear amplifier and large beam antenna to serve someone in Antarctica. But none of these services require a lot of electronic knowledge or skill, and at the end of the day, that’s why I got into amateur radio at all – to learn more about electronics.

To get my homebrewer’s feet wet, I picked what might be the simplest amateur radio project: dummy loads. Every ham eventually needs a bogus load, which is basically a circuit that looks like an antenna to a transmitter but dissipates the energy as heat instead of radiating it over a significant distance. They allow the operator to test transmissions and make adjustments while complying with emissions levels. Al Williams covered the basics of dummy cargoes a few years ago in case you need a little more background.

We’re going to build two dummy loads: one with lower power specifically for my handy talkies (HTs) will be the subject of this article, while a larger, oil-filled “cantenna” load for use with higher powered transmitters will follow. Of course, none of my designs are original; Eventually, circuits are expected to be borrowed from other hams. But I’ve given each one my own twist, and you should do the same. These builds are covered in detail my Hackaday.io page, but join me below for the basics: the L’il dummy.

As Al points out in the article linked above, a dummy load is just a resistive element that corresponds to the characteristic impedance of the antenna connection of the transmitter. In almost all cases this is 50 ohms. The reason the load needs to be as resilient as possible is to keep it looking like a shallow 50 ohm load regardless of what frequency is applied to it. Any inductive or capacitive elements in the load make them more reactive and change impedance when the input frequency changes. This could result in the RF power being reflected back into the final amplifier transistors in the transmitter, potentially damaging or destroying them. Not what you are looking for.

This means that our resistance elements have to be as little inductive as possible. But you also need to be able to use a lot of force. The HT dummy load I’ve called L’il Dummy has to handle the 5 to maybe 8 watts that an HT can put out. The problem is that power resistors in this area are often wire wound and a wire coil has too much inductance. We have to be smart about sourcing components.

Just before putting on the torch, look down into L’il Dummy. The RF Biscuit Board is a practical little thing.

The circuit for L’il Dummy is hardly worth a schematic – it’s just a SMA jack with a 50 ohm resistor across the outer ground and inner conductor. I decided to expand the circuit further an RF biscuit board. This is an open source design that allows for all kinds of handy little RF circuitry – attenuators, filters, and, as in this case, dummy loads. The resistor element I chose was a thick film SMT device that can dissipate 35 watts – far more than enough for the job. That and an edge mounted SMA jack should have been all I needed to make a working dummy load.

To my surprise, after soldering the resistor to the RF cookie board, the dummy load was almost as good as the stock rubber duck on my Baofeng HT. I was able to beat a local repeater through the dummy load without any problems. Obviously not a good design. To correct that, I put the whole thing in a housing made of 1-inch copper tubing. Not cheap stuff, but not bad, and I like the look of polished copper. Soldering the whole case together was a challenge my large Weller soldering gun couldn’t handle, and it was a fun time heating everything up sufficiently with a propane torch without overdoing the heat.

Testing on a budget

Now for the $ 50 question: does it work? I tested the resistor with a DMM and it’s only about 49 ohms which is close enough in my book. But that is DC resistance. What about impedance? I don’t have an antenna analyzer so I looked around and found a simple way to measure impedance with only one function generator and one oscilloscope. There is a 20 MHz function generator built into my oscilloscope, so I pulled a fast test fixture from a BNC socket and an SMA socket connected in series across a remaining 1000 ohm resistor.

L’il dummy test setup. Measure the pp voltage on each side of the series resistor connecting the function generator to the dummy and do a little math.

Applying a sine wave to the reactive load, measuring peak-to-peak voltages on each side of the resistor, and doing a little math are all it takes to characterize the impedance from 2.5 MHz to 20 MHz. The math is simple:

I wish I could measure it at VHF and UHF frequencies, but that’ll have to wait until I get a function generator that goes up to 400 MHz or so. However, I very much doubt a $ 50 budget would cover this. 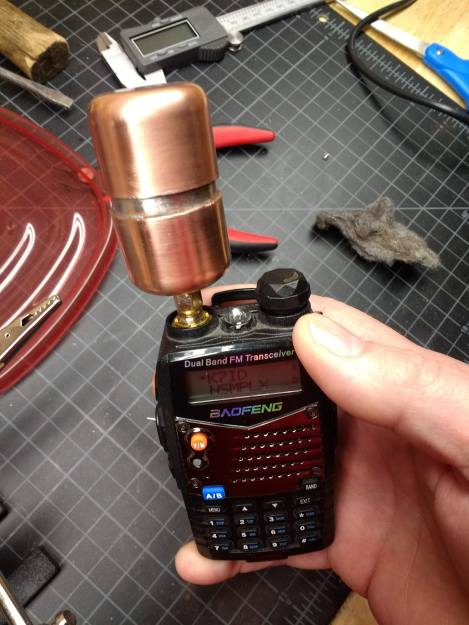 I intended to cover both L’il Dummy and its bigger, slightly smarter brother in one article, but I still have some tests to do with Big Dummy. I’ll get into that next time, and after that we’re going to measure the performance of a cheap Chinese HT and maybe build a filter to clean it up.

Flipkart JV gets licensing rights for Toys“R”Us in India