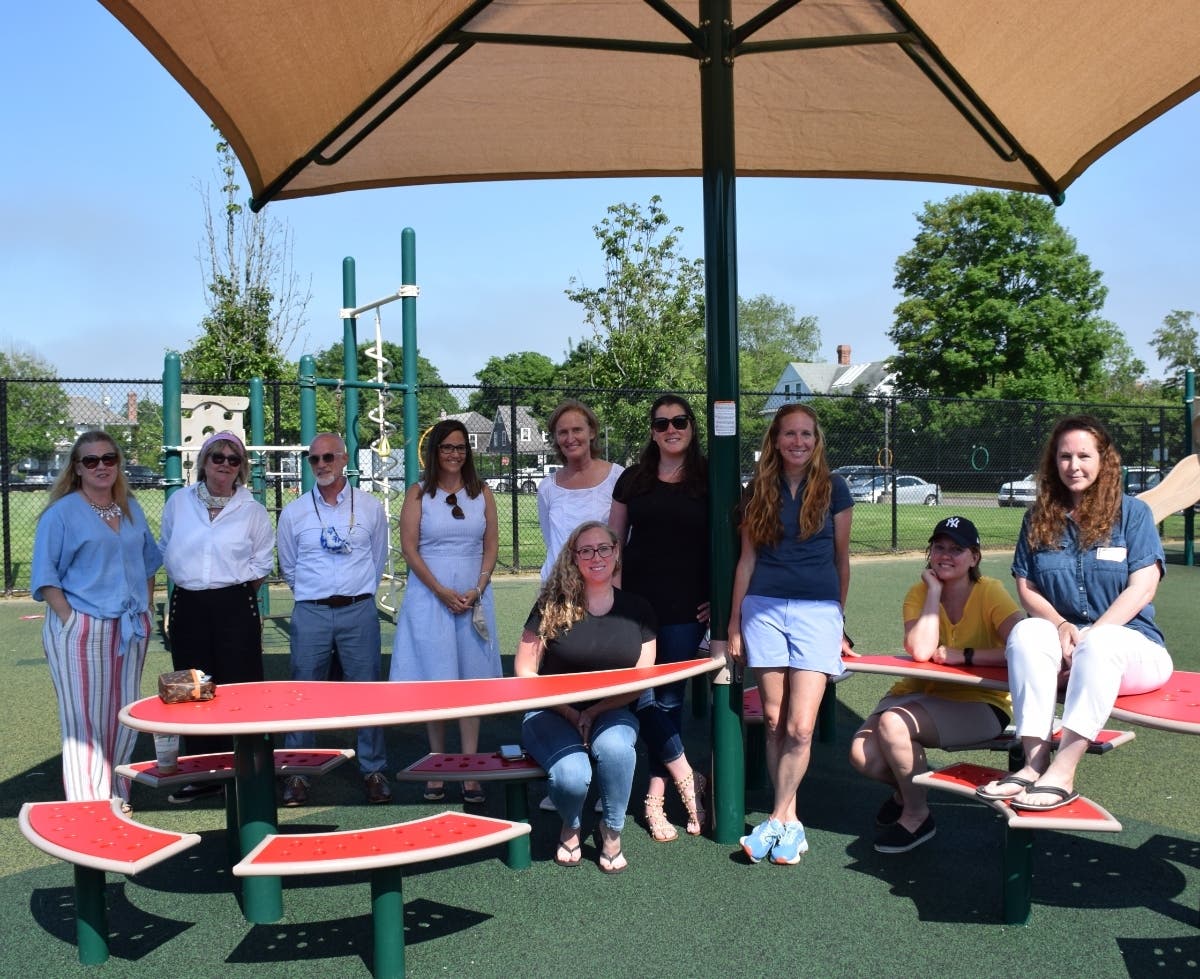 SOUTHAMPTON, NY – The memory of a beloved teacher lives on in the students whose lives she helped shape: On Monday, Southampton Elementary School held a ceremony to inaugurate new playground equipment in memory of longtime teacher Liz Hague.

The $ 22,000 piece features multiple benches, tabletops, and an awning to provide a shady spot for students to sit, read, and chat. This was made possible by the school’s PTO’s four-year fundraising campaign, the district said.

During the inauguration, speakers remembered Haag, who died in 2015. She was remembered as an educator who loved her students and would “do anything for them,” the district said.

According to her obituary, Elisabeth Ann Hague was born on April 9, 1951 and grew up in Massapequa; she left six children and her husband, William.

She taught in the Southampton Union Free School District for 39 years and was the “loving and spirited mother of six independent children,” according to an obituary.

Dottie Bruno - May 21, 2021
0
© Copyright. All Right Reserved By Dailyhamradionews.com